The whole School were treated to a fabulous Assembly by the girls in Year 1. Reenacting the story of Peter Rabbit by Beatrix Potter, the girls confidently narrated to the audience making use of the entire Sports Hall to play their roles.

Mrs Rabbit, Peter’s mother, had warned Peter, Flopsy, Mopsy, and Cotton-tail not to go near Mr McGregor’s garden in case he caught them and put them in a pie! Flopsy, Mopsy, and Cottontail, who were good little bunnies, went down the lane to gather blackberries from their beautifully created blackberry bush; but Peter being a naughty little rabbit, decided to squeeze under the gate and run straight into Mr McGregor’s garden in search of lettuces, French beans and radishes. Mr McGregor caught sight of the naughty rabbit and the chase round the hall started, he lost one of his shoes among the cabbages and the other amongst the potatoes, the girls gasped in awe, wondering what would happen next! Escaping from Mr McGregor, who was chasing Peter around the audience and back to the front of the stage, ended with Peter, unfortunately, running into a gooseberry net. Peter thought he was lost and he shed lots of big tears, his sobs were overheard by some friendly sparrows, who flew in to help him and with great excitement they implored him to exert himself.

Peter was on the run again, Mr McGregor appeared with a giant sieve, which he intended to catch him with; but Peter wriggled out just in time, leaving his jacket behind him. The crowd laughed with joy when Mr McGregor gave chase to Peter straight into a tool shed, he searched for him everywhere, but Peter was hiding in a watering can. It would have been a beautiful thing to hide in if it had not had so much water in it! He managed to escape and made his way back home albeit without his shoes and coat!

Poor Peter started to sneeze and became unwell during the evening so Mrs Rabbit put him to bed and made him some chamomile tea. Flopsy, Mopsy, and Cotton-tail had bread and milk and blackberries, for their supper as they were good little bunnies!

Mrs Hall congratulated Year 1 on their fantastic performances and reminded the rest of the School how the girls had illustrated some of their Lyonsdown Learning habits in this production, they displayed creativity, collaboration and perseverance!

Congratulations to our three Peter Rabbits: Lily, Myra & Rayna and to Mrs Rabbit: Ira, and to the rest of Year 1 for their outstanding acting performances in this fabulous production. 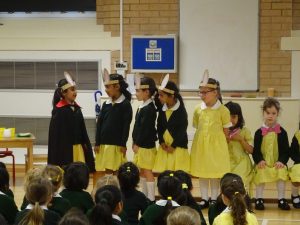 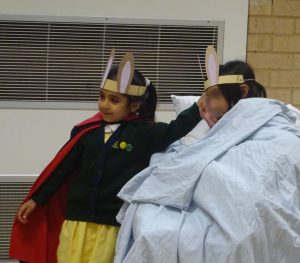 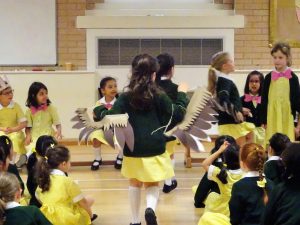 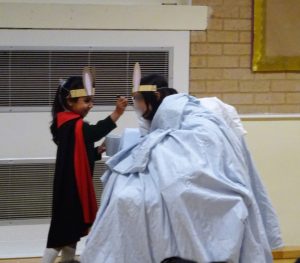 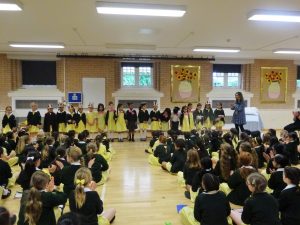 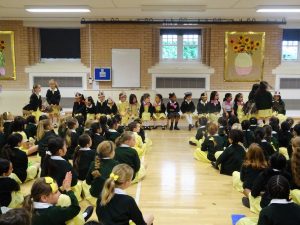 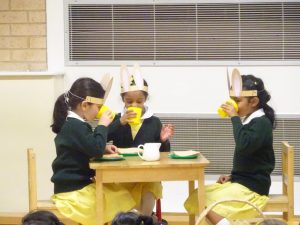 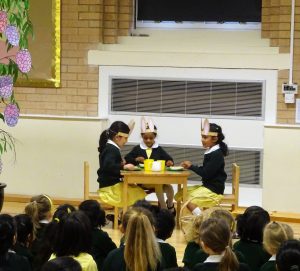 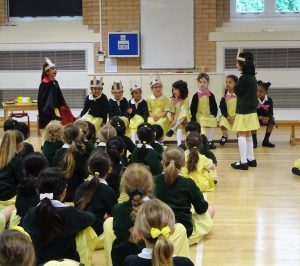 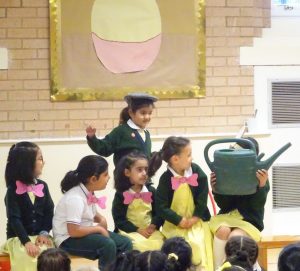 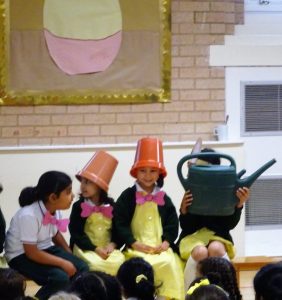 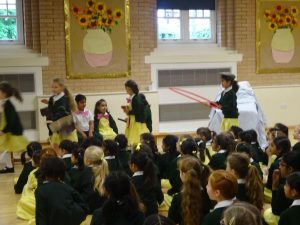 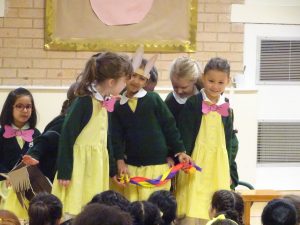 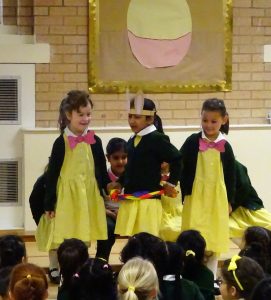 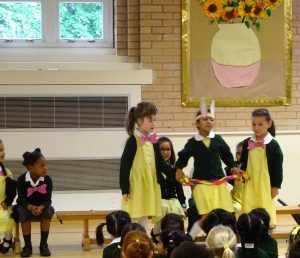 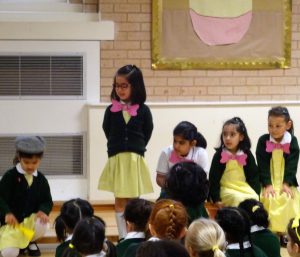 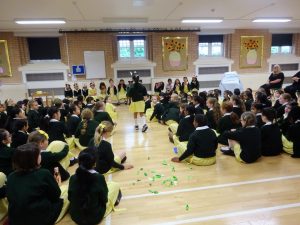 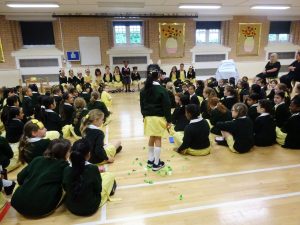 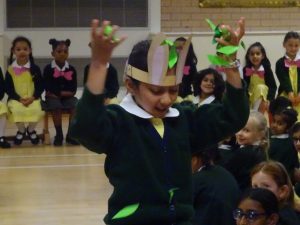 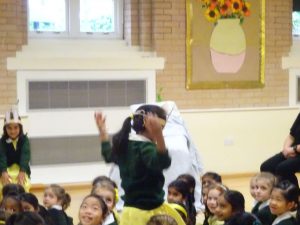 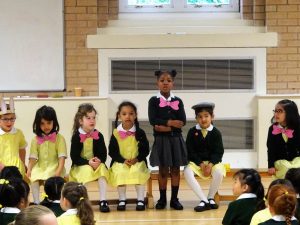 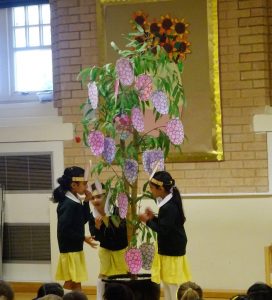 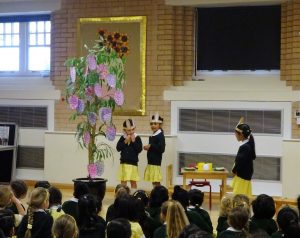 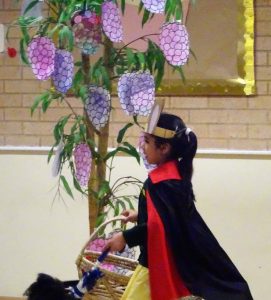 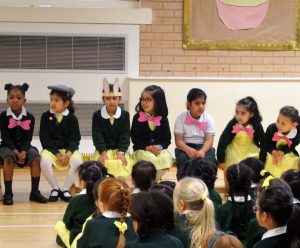 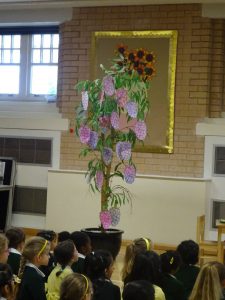