Mrs Young held a lovely Easter assembly for the whole school. When the girls arrived in the hall, they were confused to find Mrs Young working at a desk set up as a post office/shop.

Mrs Young started the assembly by giving us some insight into when she attended school as a child and told the story of when she was asked what she wanted to do when she grew up. Mrs Young had said that she wanted to be a teacher, but actually, what she really wanted was to own a post office or shop in the countryside. Mrs Young couldn’t lie, so she followed through with her original answer!

Mrs Young asked the audience who would like to play ‘Post Office & Shops’ with her. Sienna from Year 3 accepted the offer, came forward and had a look at the table to see what Mrs Young was selling. There were various items such as tea, coffee, a chocolate Easter Egg, shampoo, Weetabix, eggs and an empty vase. Once Sienna had a look around on the table to see what was on offer, Mrs Young asked her, “What would you like to buy, Sienna?” We weren’t surprised to hear that she wanted to purchase the chocolate Easter Egg! “That will be a pound, please,” said Mrs Young (and secretly gave Sienna a pound coin). Mrs Young then rather oddly, asked Sienna to put the coin into the vase. And then Mrs Young began to empty the food contents from her table into it too! She squeezed out the shampoo, poured the tea & coffee in, broke the egg, and then the Weetabix went in. The girls couldn’t believe their eyes; what was Mrs Young up to? Mrs Young then asked Sienna again if she would still like to buy the Chocolate Easter Egg; Sienna rolled up her sleeves and, with a big grin, said “Yes“. She hesitantly dipped her arm deep into the brown liquid to retrieve the money. The girls squealed with surprise that Sienna had chosen to go ahead. But they soon cheered and clapped when she valiantly retrieved the coin and placed it down on the table. Mrs Young gave Sienna the egg, and the audience roared and clapped.

But what was the meaning behind Mrs Young’s entertaining assembly? She explained that for Christians, Easter is a very important time when they remember how Jesus gave his life on the cross to take away the wrong doing of people. The vase represents the world – pure and clean and the coin, the people within it. When Mrs Young added the ‘yucky’ mixture, it was a metaphor for all the bad things (sins) that people commit. Christians believe that God’s love for the world is demonstrated through the Easter story of Jesus’ death and resurrection.  Mrs Young demonstrated God forgiving people their sins and making them whole and clean again by removing the coin from the dirty liquid and cleaning it.

The assembly came to a close with an Easter prayer and of course, a big clap for Sienna for being such a good sport. 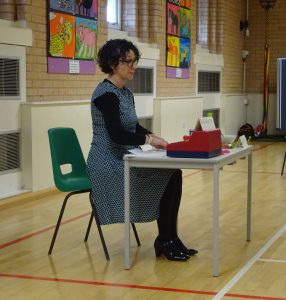 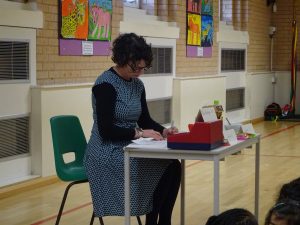 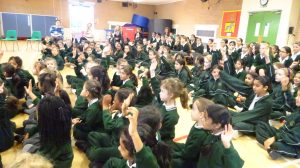 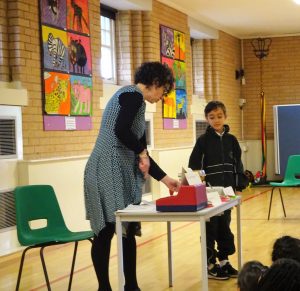 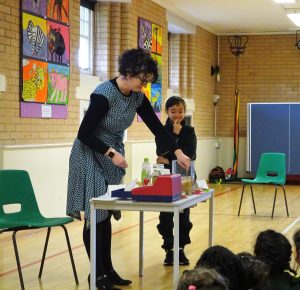 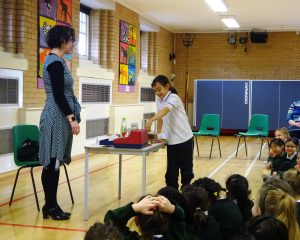 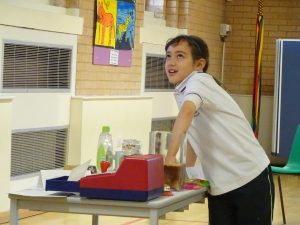 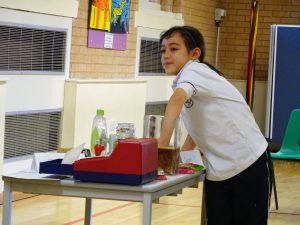