Lyonsdown School > News > News > Walk like an Egyptian…. into the Year 3 classroom!

Year 3 girls were unrecognisable last week as they transformed themselves into various Egyptian characters!

Led by an Egyptian Queen herself (aka Miss Arlow), they enjoyed a cross-curricular day with a carousel of activities including:

They mummified some tomatoes to understand how mummification of bodies worked; to start with he girls carefully cut the tomato and scooped out all the pulp and seeds.  Then they made a mixture of salts to mirror what the Egyptians would have used to dry out the bodies – this was spooned into the tomatoes and left to dry.  “This was messy enough just using tomatoes,” commented Queen Arlow. “I’m glad we weren’t using real bodies!”

Some wonderful art was also produced during the day – designing and decorating pyramids and pharaoh masks, with creativity in abundance.

In the afternoon they mastered some Egyptian dancing.  And the finale was a competition in groups to mummify each other using toilet roll!

There was a great buzz in the classroom all day, and the girls looked amazing in their costumes.  It was a fantastic way to bring elements of the history curriculum to life, even if the pharaohs themselves are long gone. 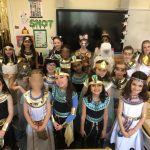 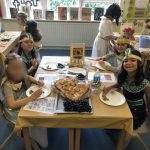 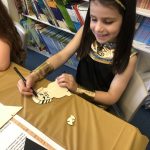 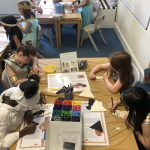 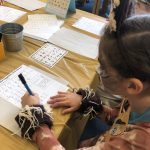 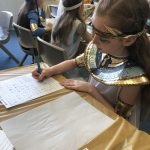 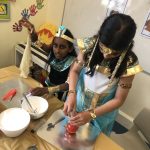 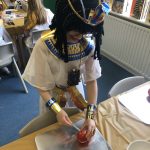 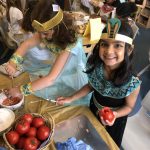 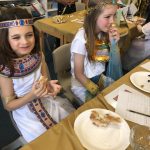 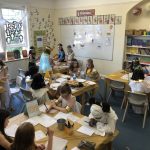 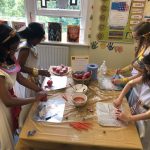 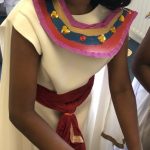 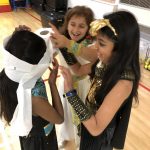 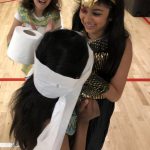 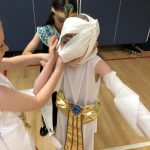 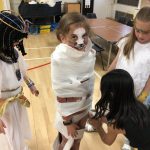 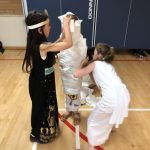 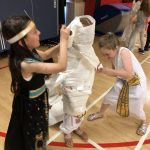 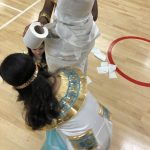 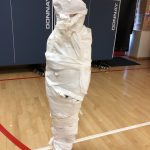 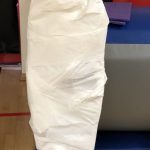 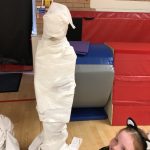 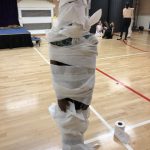 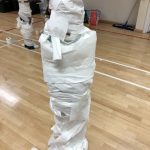 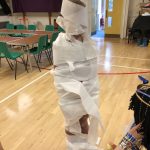