Several year groups got the benefit of some great expertise today as we welcomed Tabitha Collier to school. Tabitha has been selected for the U16s National Hockey Team, and came to inspire the next potential generation of hockey players!  We are passionate about sport at Lyonsdown, and aim to instil a lifelong enthusiasm for sport and its many benefits, so we were thrilled that Tabitha was able to spend some time with us.

The profile of women’s hockey has risen over the years, largely driven by recent tournament success. Great Britain won the gold medal at the 2016 Summer Olympics in Rio, and are aiming to repeat that in Tokyo. The players are great sporting role models for our pupils and it was a fantastic opportunity for our girls to receive some coaching from someone at the top of their game.

Tabitha certainly put the girls through their paces! Starting with the basics, such as holding the hockey stick correctly, she demonstrated various training drills which the girls practised in turn.

Building in skill and confidence, they also enjoyed some competitive team races. Very quickly they all picked up the right techniques, even our Reception girls, and some were complete naturals.

For many of the girls this was a sport they hadn’t tried before. “I was really impressed today,” said Lyonsdown’s Sport Coordinator, Miss Doyle, “by how eagerly all the girls gave hockey a go. Different people have aptitudes for different sports, so it’s been great to introduce many of them to a new option.”

Enjoy the pictures below from a very successful sporting day! 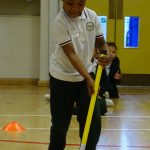 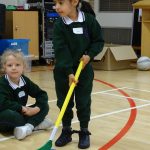 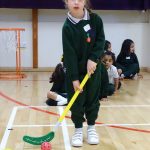 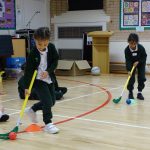 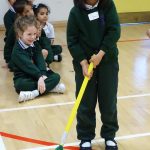 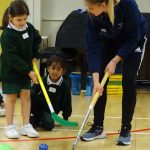 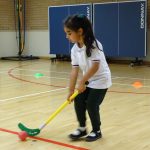 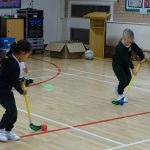 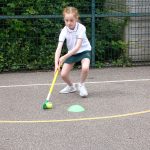 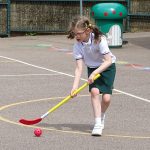 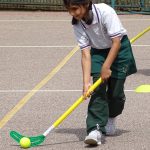 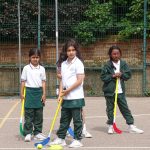 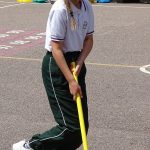 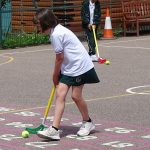 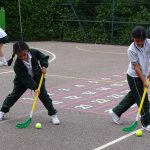 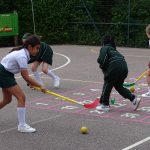 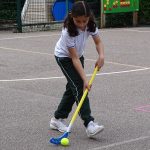 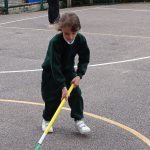 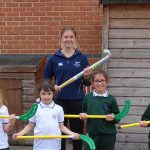 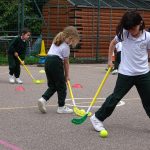 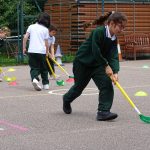 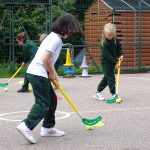