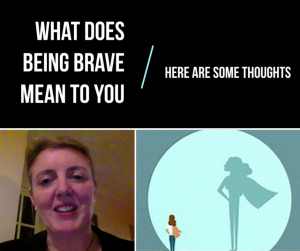 This week,  pupils at Lyonsdown have been challenged to think about ‘what does being brave mean to you’.  Through their assemblies, along with conversations and discussions with their class teachers, the pupils have explored the topic of courage and bravery.

“The children were inspired to explore bravery by watching a variety of different videos,” says Head, Mrs Stanton Tonner. “It’s a great topic of conversation as pupils of different ages will understand it in different ways.”

Different year groups were given different prompts for their discussions.  Our Pre-Reception, Reception and Year 1 children were read a book called ‘Be brave, little penguin’ and all of our Lower School pupils were also able to watch a video called ‘What is courage?’  Older pupils, in Years 3-6, watched a video from ‘Team Courage’ and looked at examples such as 8-year old Bailey Matthews, who has cerebral palsy and won a ‘Pride of Britain’ award.

“We work incredibly hard to challenge and inspire our pupils to think for themselves,” concludes Mrs Stanton-Tonner.  “Our aim is to continually develop their independent thinking skills, from when children first join us in Pre-Reception and Reception, all the way through to when they leave us at the end of Year 6. Our assembly programme is an excellent vehicle to inspire our pupils to think, and it’s been particularly wonderful to see this go from strength-to-strength during this period of Remote Education.”