Wednesday 27th April 2016 certainly was a “Grand Day Out” for Year 6 and some of their teachers. Not only did we go to the Houses of Parliament, but we also walked through London from Westminster to Carnaby Street, where we visited Irregular Choice, a unique shoe shop, as part of our work in DT on designing shoes. It was lovely to be out in London in the spring sunshine, and to top it all off, the choir members went to Muswell Hill to compete in the North London Festival as part of the Schools Choirs’ competition.

At The Houses of Parliament

Outside Parliament we saw a statue of Emily Pankhurst – the leader of the suffragettes (who campaigned for women’s rights at the beginning of the twentieth century). We also saw Big Ben towering above us as we walked in. Later on, as we were in Parliament, we actually got to hear the bell’s lovely resonating sound as it rang through the building, striking 10 o’clock.

We then made our way to the glorious House of Commons where MPs debate, vote and decide on the laws for our country. We saw the famous green benches, but were not allowed to sit down on them. Did you know, the Queen is not allowed in the Commons, only in the House of Lords? We saw the Speaker’s chair – which was rather large. The Speaker’s job is to keep order during a debate. There are also microphones suspended from the ceiling, so in a debate, the MPs can be heard properly.

We then left the Commons to go to the amazing House of Lords. Like the commons, it has many seats, but they are red instead of green. The Queen has her own chair there. It is painted in gold leaf and encrusted with many jewels. It is an amazing sight!

We also saw the MP’s pigeon holes in the Members’ Lobby. They looked just like the teachers’ pigeon holes at school, except that there were a lot more and they had coloured dots next to them which represented the different parties of the MPs. I saw David Cameron’s – with a blue dot!

We continued our tour by going to Westminster Hall. This is the oldest part of the Palace of Westminster, being about 1,000 years old. It was here that both Guy Fawkes and Charles I were tried for treason! It is also believed that Henry VIII used Westminster Hall as a tennis court, as some old tennis balls from the time have been found in the ceiling!

The hall was very cold, so when Nicky (our guide), asked what we would use the space for, Ria said that she would add some heating!

After our tour of Parliament we took part in a workshop on elections and voting. This workshop explained how people vote during elections. We were put into 4 groups and we had to decide on a name for our political party.  We called ourselves “The Greater Party”. We then had to decide on 2 “promises” that we would ask people to vote for. We chose “Criminals should do community service at the place where they committed their crime”. We felt that this was quite an important one, as it would hopefully lesson the numbers of criminals committing crimes. The second promise was “We should give aid to developing countries”. We chose this because helping people is important, especially when there has been a natural disaster.

When all the parties had made their promises, we all got to vote. Obviously (unlike in a real election, we weren’t allowed to vote for our own!) Eventually one party won and Carmel was chosen to be the Prime Minister.

After the workshop we had our lunch and then left Parliament and entered the busy street outside. Our next stop was Irregular Choice shoe shop – which was in Carnaby Street in the West End.

This gave us the opportunity to walk up Whitehall to Trafalgar Square and then on to Piccadilly Circus, Regent Street (passing Hamley’s), and around the corner to Carnaby Street. On our walk we saw some of the most well-known sights in the capital. These included: The Cenotaph, Horse Guards, Downing Street, Nelson’s Column and the lions and fountains in Trafalgar Square; the buzz of Piccadilly Circus and the walk up Regent Street – pausing to look in the shop windows!

We finally arrived at Irregular Choice, and what an unusual and exciting shoe shop it was!

As I approached, my first impression was that it was a very unique little shoe shop. I say this because of the layout; colours and even the types of shoes seen in the shop are such that you won’t find in any ordinary shoe shop. The shop is owned by designer Dan Sullivan. He has designed hundreds of “themed” shoes from Star Wars to reindeer, Bambi and pandas. The shop too was amazing, with lots of different colours on the walls, floor and seats!

Mrs Cowie said that we could find a shoe which we liked and have our photo taken with it. Then we were able to pick out 3 shoes for Mrs Young to try on. We chose the most outrageous ones of course! Before we left, we were each given a leaflet explaining about the shop and showing the many celebrities who wear Dan’s shoes. These include Paloma Faith, Miley Cyrus and Niki Minaj.

Our coach picked us up outside Hamley’s and dropped the choir members and Mrs Windsor off at St James’ church in Muswell Hill before returning to school with the rest of the pupils and teachers.

Full of excitement and nerves, we arrived at the church and waited as the schools started performing, until finally, it was our turn. Walking onto the stage with the rest of the choir was so nerve-wracking. Shaking, we began our first song: Titanium. It went amazingly well and we were all so proud of ourselves when the audience clapped so loudly. When we completed our second song, Mary Mack, the audience burst into applause, and, as we filed off stage, we knew we had performed well.

First, the judge complimented and criticised each school’s performance before announcing the final winner. We all held our breath until we found out that we had won.

We had won the North London Music Festival School Choir Competition!  We were elated as we climbed onto the coach to return to return to school and home, where we shared the news of our wonderful and busy day out in London with our parents and family.

We hope you enjoyed reading our blog. With contributions from: Odera, Ella, Nikita, Tumi, Lucy, Isabel, and Philippa. 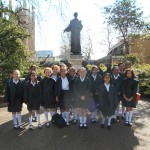 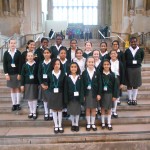 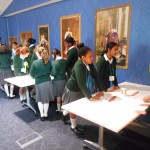 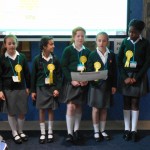 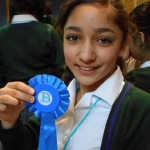 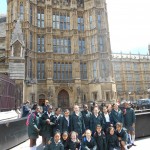 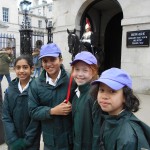 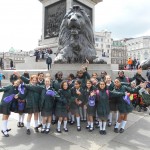 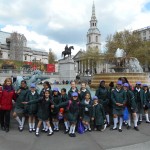 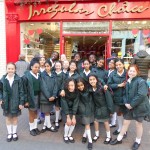