“Give me the boy until he is seven and I will give you the man.”
Aristotle

At Lyonsdown School we do precisely that. Our school has a long, well established and successful tradition in educating boys between the ages of three and seven years of age. Boys graduate from Lyonsdown School after completing their education at the end of Year 2, moving on to a variety of schools, from all boys’ preparatory schools, through to co-educational all through schools, including, Belmont, Edge Grove, Haberdashers, Highgate, Lochinver House, St Columba’s and UCS.

How is this Achieved?

Excellent pastoral care and specialist teaching in Science, Computing, Sport, Music, French and Art, coupled with a broad and varied extra curricula programme, ensures that each boy is able to grow and flourish at his own pace and as an individual during the four years that he spends with us. Because boys change and develop so much in these vital early years, when he reaches 7+, we are able to give parents clear, knowledgeable and precise advice and guidance on the most suitable options for their son’s next school. By working in close partnership in this way, a successful and smooth transition – not just for the following year, but for the rest of his education at prep and senior level – is assured.

We look forward to welcoming you to one of our open afternoons soon.

My twin boys Matthew and Ryan attended Lyonsdown school, starting in Reception and finishing at 7+ the end of Year 2 in 2012. During this time they were very happy and were happy to go to school everyday. They loved their inclusion in gymnastics and football club. The school was a very nurturing environment and they never felt pressured but were more than academically prepared by all the teaching staff and support staff of the school.
I would highly recommend this journey for other parents of boys.
Matthew and Ryan have only fond memories of the school.
Parent of two 2012 leavers

I cannot thank this wonderful school and its staff enough for the interest and care they showed my son. Lyonsdown was my son’s first school, he was welcomed with open arms by the teachers who helped him in so many ways, they offered a loving and caring environment where he felt comfortable. They also provided a safe and friendly environment which was suitable for the boys and girls at the school, my boy enjoyed the many activities that he was exposed to such as planting trees and vegetables, taking turns watering the garden and caring for all of those things that I may not have done with him, the teachers provided continuous updates on his progress and they encouraged him to reach his full potential. My son’s teachers took a personal interest in his development, they encouraged his personal interests, hobbies and passions. I am proud to say that I have a polite, gentle, thoughtful and focused young man. I thank all who helped my son be where he is now, especially to all at Lyonsdown School who gave him his amazing first school experience and prepared him to go through his first years with confidence and enthusiasm.
Parent of a 2010 leaver

A small and nurturing environment for boys where they can mix with both boys and girls.

Boys are encouraged to achieve academically, learning to work independently and in small groups. What’s particularly refreshing is that they aren’t treated as “little children” but as the growing boys they are. Responsibilities are shared out amongst the class from Reception onwards and the school community thrives on a shared sense of helpfulness and belonging. Boys are extremely well prepared for their 7 plus entrance exams – we didn’t need an outside tutor. The lunches provided by the catering staff is excellent and my son still misses their food to this day.
Parent of 2009 leaver

Lyonsdown was a lovely school which was very nurturing for both boys and girls. My son went on to join Belmont in Year 3, where he ultimately became Head Boy. I think Lyonsdown equipped him with a good set of core values and a strong work ethic, and instilled him with a confidence in his ability which has stood him in good stead throughout his school life, and laid a great foundation for his future.
Parent of a 2008 leaver

I attended Lyonsdown as my first proper school between 1971 and 1974. Aged seven, I moved to Haberdashers’ Aske’s School, Elstree, and then to Oxford, where I studied Modern History. I was then inspired to make a career as a teacher, and worked in a number of London schools from 1991 onwards. I have now been a Headteacher for a decade, and am currently Headteacher at King Alfred School in Hampstead.

My experience at Lyonsdown was an excellent start to my education. It gave me strong foundations academically, a positive attitude to work, and confidence in my own ability to succeed. Returning in summer 2016 to present the prizes at prize giving, I found that I had very strong and vivid memories of my time there, and it made me appreciate the importance of that early experience in my own life journey.

Simon Courtney is the Deputy Chair of the Lyonsdown School Governors. He works as a fund manager for a FTSE 100 company pension fund and lives in Whetstone.

I was at Lyonsdown in the late 1960’s/early 70’s and when I came to consider independent schools for my own children, it was natural that I should want to look at my old alma mater. On the day I came in for the tour, it was very strange to see how everything looked so much smaller than I remembered it and how much the fabric of the school had been altered, but I was amazed to find how little had changed in terms of the ethos and atmosphere of the school in all the years since I had left. As I have got to know the school better as a parent and later governor, this first impression has been reinforced by the obvious dedication of the staff and the self-evidently happy, inclusive environment they provide.

I went on from Lyonsdown to Highgate along with two other boys in 1971, and subsequently to UCL and a career in the City, so I was hoping the school could give my son and daughter the same nurturing start in life. My daughter is currently at Exeter University doing Geography and my son is at Mill Hill just about to begin his GCSE courses, so I have not been disappointed.

The governors are proud to continue the ethos of Lyonsdown, and pleased to see how the school continues to produce such nice children, providing a solid base to launch our boys and girls into the world.” 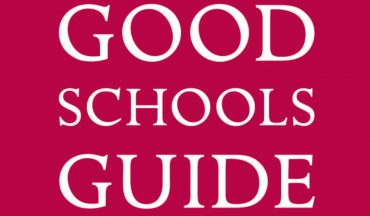 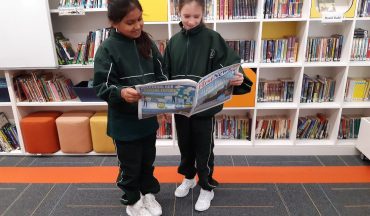 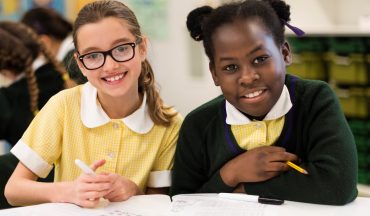 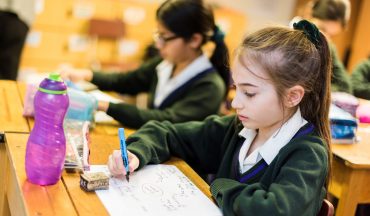